What’s the best way to anticipate the impacts of digital decision-making on children and young people? The Digital Futures Commission is exploring the feasibility of digital providers conducting child rights impact assessments as a way of embedding children’s best interests in a digital world. To identify the pros and cons, Sonia Livingstone interviewed Lisa Payne, Child Policy Consultant and expert advisor to UNICEF UK, ENOC (European Network of Ombudspersons for Children) and others on child rights impact assessments.

Sonia: Can you tell us about Child Rights Impact Assessment and how you became involved in this work?

Lisa: A CRIA is a child-focused human rights impact assessment that uses the UN Convention on the Rights of the Child (CRC) as its framework.[1] In the late 1990s, when I began as a child policy advisor, few governments had any interest in looking at child rights impact assessment. They even hesitated about using the language of children’s rights. A couple, notably Flanders and Sweden, started to test out a CRIA process. In the UK, the children’s NGO sector began to draft what we called Child Impact Statements which looked at public Bills and, despite being developed outside government, lead to some changes being made to statutory guidance. That seems a long time ago, but even now, with a growing number of governments introducing a CRIA process, there’s not a lot of literature on CRIA.

Sonia: Who calls for a CRIA?

Lisa: Normally, if a government minister wants a certain policy aim met, the officials will be asked to come up with ideas about how to meet it. Will it require primary legislation? Additional resources? New structures? How is it to be delivered? The UK government requires equality and regulatory impact assessments to be carried out. Although the UK government has also developed a CRIA template, its use is not mandatory. But, in my view, any proposal that may impact children should initiate a CRIA. Will it affect children? How? Who? Are there likely to be impacts on different groups of children? What is the evidence for these impacts? What do the children likely to be affected say about the proposal?

A CRIA is a set of questions meant to help policy-makers ‘think children’. The literature on CRIA refers to direct impact and indirect impact – both of which should require a CRIA. Indirect impact means the proposed law, policy or administrative decision is neither about nor specifically targets children, but will affect children. But because it’s not directly about children or children’s services, the impact on children is often neglected unless that consideration is prompted through using a CRIA process.

Sonia:Is there child participation in a CRIA?

Lisa: It is absolutely integral that children are part of this process. CRIAs are evidence-based impact assessments; children’s views and experiences must be part of that evidence. However, where CRIA is practised, involving children is also the biggest challenge for those conducting the CRIA. There are practical constraints: time, expertise, resources. There’s also a high degree of apprehensiveness about how to involve children in the policy development process. How are you going to identify who you need to talk to, about what, using what means? What are the safeguarding issues? And what are you going to do with this information? Is this just a tokenistic or tick-box exercise? How are you going to let the children you’ve consulted know how you’ve used the information they’ve given you? None of these problems are insurmountable, but they do seem to worry some officials.

Sonia: What are some of the other challenges?

Lisa: A growing number of jurisdictions are already doing or introducing child rights impact assessment. But governments change; ministers change. New priorities arise. They do not revisit a CRIA – nor do they carry out a continuous cycle of impact assessment and impact evaluation. In government, among politicians, among parliamentarians, among civil servants, there aren’t many who actually know much about children’s rights. You cannot ask somebody to do child rights impact assessment without some training on children’s rights and the CRC (This is explained in General Comment #5 on general measures of implementation of the CRC (2003)). In the UK, the current training module is a 20-minute online quickie. It’s not enough.

When carrying out a CRIA, civil servants want somebody in government they can trust to have a confidential and often quite tricky conversation – not just about the relevant articles of the CRC but about the policy area they’re pursuing and what the rights framework means in relation to that policy area. Then, assuming they have a child rights impact assessment tool – a set of key questions, templates, guidance – they may also need training on how to use it.

Also, officials have said to me they’re not sure what evidence they’re looking for when trying to consider how children’s rights may be impacted. Then, if they were to conduct a CRIE post implementation, how do they measure the impact on children’s rights. What child rights indicators do they use?

If you look at examples of CRIAs, a few are interesting and informative. But where they’re available, a lot seem to have been compiled late on in the development of the proposal, which indicates they had no bearing on decisions that were made.

Some people want a universal off-the-shelf CRIA template. How do I do it? Give me a list of questions.  CRIA literature shows that the body that is going to conduct CRIA should develop a model best suited to their requirements, and which functions within and in fact enhances their working practices. But the specificity – the focus on children’s rights and the CRC – must remain. For example, although originally a discrete impact assessment process in Wales, the CRIA is now part of an integrated impact assessment process which is tied to a population-wide wellbeing framework, so children’s rights considerations have been subsumed and sometimes rendered invisible within this broader package of assessments. Something similar happened in Flanders when their CRIA process and findings became part of Regulatory Impact Assessment (The idea is that a continuous process of CRIA predicts the impact of a proposal or measure on children’s rights. A Child Rights Impact Evaluation (CRIE) explores the actual impact the measure has had after an agreed implementation period. Together these tools help to ensure that the best interests of the child are a primary consideration in all actions and decisions that may affect them).

The idea is that a continuous process of CRIA predicts the impact of a proposal or measure on children’s rights. A Child Rights Impact Evaluation (CRIE) explores the actual impact the measure has had after an agreed implementation period. Together these tools help to ensure that the best interests of the child are a primary consideration in all actions and decisions that may affect them.

Sonia: We’re thinking about the digital environment, which also means thinking about businesses, often global companies. Can CRIA be applied here? After all, many of the problems you’ve identified are compounded in relation to digital. Getting the evidence is difficult. The businesses are far from transparent. Children are active in digital spaces hosted by businesses that may not anticipate child users.

In its recent Concluding Observations to various European jurisdictions, the UN Committee on the Rights of the Child has been pushing the CRIA for business. In many instances relating to children’s rights, business is the duty bearer – perhaps a secondary duty bearer (since the government as the State signatory to the CRC is the primary duty bearer), but a duty bearer nonetheless.

But CRIA is a process, just an impact assessment. The CRIA aims to help those developing proposals to anticipate, identify and mitigate any potential negative impact on the rights of those children who will be affected. Ideally, the CRIA should look beyond basic compliance with the CRC and also present proposals that can progress children’s rights. But what happens with the information presented in the CRIA is in the hands of the duty bearers.

Also, CRIA is not meant to be used in isolation. It’s part of a package of measures of implementation of the CRC. I have quite a pragmatic view of its potential. Used in isolation, it’s not going to change the world, but it can embed a different way of thinking about children’s rights and interests. By using it, governments and businesses are making a statement that they are serious about children’s rights, and that they believe themselves accountable to the children whose lives they are impacting through the decisions they make and the actions they take.

Lisa Payne is a Child Policy Consultant and expert advisor. Lisa has worked on a wide range of policy areas for organisations including the National Children’s Bureau (NCB) and Unicef UK. At NCB, and on behalf of Westminster’s All Party Parliamentary Group for Children, she commissioned, edited and drafted a set of Child Rights Impact Assessments (CRIA). More recently, she worked with the Scottish Government when they developed their Child Rights and Wellbeing Impact Assessment (CRWIA) templates and guidance; and the European Network of Children’s Ombudspersons (ENOC) in their development of a Common Framework of Reference on CRIA. 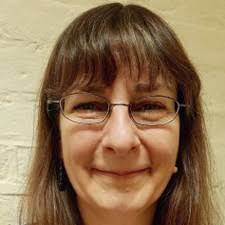 This blog is part of the innovation interview series. You can view the rest of the blog series here.