The summer of play has begun, and many children will be playing online. To discover the thinking that informs their digital opportunities, Sonia Livingstone interviewed Jo Twist, CEO of UKIE (The Association for UK Interactive Entertainment), about how the games industry operates, its relationship with players, and possible levers to promote children’s rights in the digital environment. This industry insight adds to the diverse perspectives on play that inform our proposal to make the digital world playful by design.

Sonia: The Digital Futures Commission is asking what good looks like for children’s play in a digital world. We’re keen to learn what the games industry does and can offer, and to identify the levers for change in children’s best interests.

Jo: One thing that sets the games industry apart is we don’t talk about “users” or audiences in a cold, sterile way. We talk about a community of players. Games are nothing without community.

Game developers know that the community can immediately go play something else. We’ve seen this all the time with digital; there’s always a next place people will want to hang out in. Games are particularly prone to that because there is so much choice, innovation and creativity.

Then you have other community platforms around games that are integral, like Twitch and Discord. It’s really fascinating because the community sits in the game and outside the game on these different platforms.

Sonia: In our public consultation on what people think about play in the digital world, we’ve been hearing a lot about transmedia and hybrid play that allow the use of multiple platforms, with more fluid communities and ways of moving content across spaces.

Jo: Yes, and lots of people in the games industry are talking about the metaverse, a concept coined by Neil Stevenson. It’s been around for a very long time. In the mid-2000s, it was all about Second Life which was the first exciting iteration for those who obsessed about the metaverse and what that could be. However, these things come round again and companies like Epic and Roblox are all part of creating it. Clubhouse is in some ways like an audio version of the metaverse -persistent digital worlds that you can drop in and out of and you can drop in and out of in different ways.

Sonia: We’re interested in how much of the change is organic from the community, and how that dovetails with evolving business models in a competitive landscape?

Jo: Well, the community can be very vocal. There is a lot of co-development that happens with the community, which is a positive thing and community management as a job role is huge in the games industry. You don’t see that so much in other sectors.

Sonia: How would you characterise the role of community management?

Jo: For me, it’s one of the most important roles because you are at the coal face of what players are doing, saying, how the game’s being received, reviewed. You are keeping the community safe, working to spot early warning signs of people who might be in difficulty, because you actually know the community. As we know, a lot of people come to games to support their mental health. So, community management teams have so many different functions – moderating, reporting, but also, co-development, listening, communicating to the community about what’s coming up, features, building up anticipation.

Sonia: We keep hearing a lot about toxicity of various kinds – racism, sexism, aggression. This is something that the kids are telling us about.

Jo: What we know through Digital Schoolhouse, which is our education programme that teaches the teachers, is that when we do surveys with parents, teachers and children, we find that the kids playing multiplayer games are far more knowledgeable [than those playing alone] about how to manage friends’ lists, how to manage their privacy, how to keep themselves safe, how to report abuse.

Sonia: One of the interesting arguments for us is whether we can shift the narrative so that when there are difficulties or problems in the digital world, we don’t put the responsibility on the most vulnerable to wise up and learn how to deal with it. I often think about the analogy of the centre of town. When you go into the centre of town where there are adults and children everywhere, there aren’t people hurling racist abuse or whatever. It is the real world but there are different norms of civility, and there’s a lot of thinking about the design of the communal space rather than about educating those who might be vulnerable on how to protect themselves.

Jo: I think it’s complicated because you’ve got the community within the game, within that social fabric and then you’ve got community outside of that or around it, through different platforms like Discord. When they’re a certain size or when you’ve got a particular number of friends within that community, online communities can be highly self-regulating. That’s what happens in the centre of town: we regulate our own behaviour because there are these social norms that we’re used to. It didn’t always used to be like that – not so long ago, women were not expected to be in the centre of town or in the public sphere unaccompanied. So, we’re talking about the same kinds of human behaviour. It’s just that the internet is just still too new, and people don’t know enough about how self-regulation and community online actually works.

Sonia: What about the argument that children should not just be sequestered in child-only spaces, but they should be included the world? How much talk is there in the gaming world of the position of children within the community? Or are they an irritation, a complication?

But the best game developers learn and iterate, especially because a lot of games are now what we call games as a service. They might be free to play, and the play data, which is anonymous, tells you when players get bored or drop off, or where people really like something. So, designers will create new features or events or seasons that will come out in six months’ time, taking that data into account.

Sonia: Who’s driving the character of the gaming industry? Is it more the two people who have this great idea for a narrative, or the big companies who buy them up at a certain point?

Jo: I think the games community is a really close community. Typically, you meet everyone at GDC in San Francisco, and a lot of the self-regulatory action is shared and talked about. There is also a role for trade bodies to set standards and to influence the network. We need to have an answer for big issues, we need to continue to mature, to think about these things and share best practice.

This blog is part of the play series. You can view the rest of the blog series here.

Dr Jo Twist OBE is CEO of Ukie, the trade body for UK games and interactive entertainment, making the UK the best place in the world to make, sell and play games. She is also Deputy Chair of the British Screen Forum, London Tech Ambassador, Chair of the BAFTA Games Committee and BAFTA Trustee, an Ambassador on the Mayor of London’s Cultural Leadership Board, Creative Industries Council member, and Honorary Visiting Professor at Ravensbourne University. She is a VP for games and accessibility charity SpecialEffect, Patron of Safe in Our World a mental health and games charity, as well as a Trustee for Royal Historic Palaces. Her previous roles include Channel 4 Education Commissioning Editor where she commissioned Digital Emmy-winning Battlefront II (not the game), free to play browser and iOS games and social media projects. She was also Multiplatform Commissioner for BBC Entertainment & Switch, BBC Three Multiplatform Channel Editor, and technology reporter for BBC News. 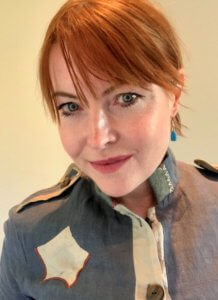