Home » The Digital Futures Commission Updates » Play » What is free play, and why does it matter?

What is free play, and why does it matter?

Play is an important part of children’s lives, but adults often find defining and understanding play a challenge. Philosophers, psychologists, biologists, anthropologists and educationalists have all given play serious attention, resulting in a wealth of different perspectives.

I’ve worked with the Digital Futures Commission to produce a review exploring how play has been researched and debated, and asking why play matters. This ‘Panorama of Play’ focuses particularly on the concept of free play, where children have a high degree of choice and control. It includes theory and research concerned with play among children from birth to seventeen, and draws on interviews with ten play experts who shared their insights.

The review highlights the important role of play in children’s cognitive, social, emotional and physical development, for fostering creativity, imagination and problem-solving skills, for education and learning, and for supporting health and wellbeing.

Despite these many benefits, play’s significance often remains overlooked. Children’s right to play has been considered a ‘forgotten right’, constrained by factors such as negative adult attitudes to play, lack of play spaces and limited time for play.

Where play is valued and supported, this is often adult-directed play or free play ‘put-to-use’ by adults, for instance in education and therapy. Yet children themselves may not see this as play. Respecting and protecting children’s right to free play becomes particularly important.

Drawing on the literature, including what children themselves say about play, the following typical qualities of free play were identified:

Free play is intrinsically motivated
Play happens for its own sake rather than to serve other purposes, especially instrumental ones. Because it is intrinsically satisfying, it is sustained by the interest of the player(s) themselves.

Free play is voluntary
Play is initiated by the player(s), entered into willingly and cannot be imposed or insisted upon. It has a spontaneous quality and cannot be totally planned for, though others may inspire or invite it. It is self-chosen, self-directed, and includes the freedom to quit.

Free play has an open-ended structure
Players not only choose to play, they also choose what and how to play, with choices generally made in-the-moment as play unfolds. Although free from external rules, free play can be orderly, even rule-governed, with the players developing and adapting a structure through the play itself.

Free play is imaginative
Free play escapes the immediate ‘here and now.’ It marks a separation from day-to-day life, often achieved through all-absorbing make-believe and imagined realities. This includes the creative use of the material, spatial and embodied resources that are to hand.

Free play is stimulating
Children seek out experiences they find interesting, exciting and absorbing when playing freely, facilitating new ideas and new possibilities. They experience a high degree of control and so are likely to be highly engaged.

Free play is social
Whether free play involves others or happens alone, it unfolds within a social context, and requires others to sustain the play (even if those others may not be present). This means it may need to meet the desires and needs of others as well as one’s own if the play is to continue.

Free play has emotional resonance
Free play is often associated with pleasure and joy. However, it can feature a wide range of emotions and can deal with serious themes. It can be emotionally ‘affective’ or satisfying to children in multiple ways, resonating with their inner lives and helping them to make sense of the world.

Free play takes a diversity of forms
Free play encompasses the activities of children across ages, cultures and circumstances. Cultural values of childhood shape the time, spaces and resources available for free play, so it takes diverse forms according to different contexts.

The qualities of play identified in the review go to the heart of children’s agency, freedom and development. They will be used to guide the Digital Futures Commission in developing its agenda to enable and nurture children’s play in a digital world.

Dr Kate Cowan is a Senior Research Fellow at UCL Institute of Education interested in young children’s play and communication. Based at UCL Knowledge Lab, her research covers areas including multimodality, creativity, literacies and digital technologies. Kate’s work also involves developing multimodal methodologies and considers the ethics of video-based research with young children. Before joining UCL IOE, Kate worked as a nursery teacher and she remains committed to connecting research and practice. In addition to academic publication in books and papers, Kate has written for early years’ teachers, students and the general public. 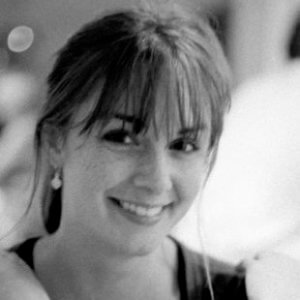