Is the gaming world getting more diverse?

The first stage of the Digital Futures Commission has focused on rethinking play for a digital world. This is an incredibly broad remit, which was in evidence when the Commission brought together some leading experts on play for a discussion late last year. Taking part in the discussion was Kate Cowan – who produced A Panorama of Play; Dr Chris Bateman – who works in the digital entertainment industry as an expert in narrative design, game design, and player satisfaction modelling; Professor Ann Phoenix, a psychologist and academic, whose research focuses on psychosocial issues related to identity; and Professor Sonia Livingstone OBE, who is leading the Digital Futures Commission.

At a time when many professionals and the wider public are deliberating over the risks and potential of digital play, the DFC is seeking to hold on to the richness, diversity and, above all, the child-led nature of play to ensure that this extends into the digital world. As with all other aspects of life on the planet, this aim has been challenged by the Coronavirus pandemic. Pre-existing concerns over equality have only been amplified over the past year with Covid restrictions impacting heavily on children’s experience of play.

As Professor Phoenix pointed out,

“Those children who are technology-rich have had many more opportunities for social play as they Zoom or Skype with their friends. This contrasts with the experience of those “who live in technological poverty, and those who do not see themselves represented in games and online, [who will] have a different emotional resonance from those who take inclusion for granted.”

The question of diversity and representation, and the potential that exists in online play is an area that has perhaps been overlooked in the past. Recognising that there are problems of representation, Professor Phoenix argued that

“Online we have the opportunity to make a change now that we realise how important it is, and make sure that while working-class boys, black children, Asian children, the whole diversity of the population is represented better.”

The discussion highlighted positive (and necessary) steps taken in the online play arena, including Jay-Ann Lopez’s establishment of Black Girl Gamers in 2015, seeking to address the underrepresentation and isolation that can be felt by minority groups.

In the discussion, Dr Bateman highlighted the practical challenges faced by the online gaming industry, and the fact that so many of these media industries are based in the US – meaning that “if you live in the UK, you won’t find the same set of cultural factors in play as you will do in the US.” Given the resurgence of Black Lives Matter over the past twelve months, and the impact that we’re starting to see in changes to television programmes, for example, Professor Phoenix considered that there was still cause for hope, provided there is a change in outlook to ensure that “we think about representation as naturally, as part of the normative inclusion of children.”

It undoubtedly remains the case that play is freer for some children than for others, which just goes to emphasise the importance of the DFC’s work. The Commission has just undertaken a consultation, which has sought to take views that help make children visible in debates that have in the past marginalised them conceptually and practically. The Commission wants to help imagine digital futures, in the plural, for a public that includes all children and does not bracket them off as an exception, a problem or an afterthought.

Al Mik is Communications Manager at 5Rights. Al has a long history of working on human rights issues, and prior to 5Rights, Al worked in Brussels as Campaigns and Networks Director for an international criminal justice NGO. Al has a Law degree and a Masters in International Relations from the University of Nottingham. 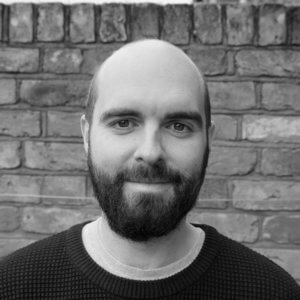