To understand the culture of digital play from a design perspective, Sonia Livingstone and Kate Cowan spoke to Chris Bateman, a game designer, author, and senior lecturer in Game Design, as part of our interview series on play in the digital world.

Sonia Livingstone: Some have said play is the essence of childhood. You make a different argument, which is that everyone plays.

Chris Bateman: It comes down to what you call play. There is an ongoing threat to play as an element of culture. I see a continuum of play, from the unbounded, chaotic children’s play, where everything is up for grabs, to directed play experiences that are considered artworks: TV, films, plays, videogames. Children are permitted to play, but the expectation is as they grow up, they cease, and become part of adult culture.

Sonia Livingstone: What’s link between play and games and the importance of play in family life?

Chris Bateman: Culture used to thrive on an acceptance of play. Even the rules that cultures used were in a sense play. The more you deny space for play, the more you replace creating meaning from uncertainty, and try to control via ritualised approaches. Democracy without play becomes intensely adversarial. If we think of children’s play as something children are allowed to do, but adults shouldn’t, how are parents to engage with children? The things we value in culture have a play element in them. This attempt to regulate and eliminate play from adult experience is costly.

Kate Cowan:  How do you define play?

Chris Bateman: I’m a bit resistant to give you a definition of play. It’s more of a state of mind; a disposition towards the indeterminate.

Sonia Livingstone: What are the features of games that allow them to deal with uncertainty?

Chris Bateman: It’s a huge question. Videogames never settled on a common set of terms. One exception is free-to-play games. Practitioners in that space share a language, but that is based on monetisation. This is a space saying, we’re going to produce something, give it away, then monetise it on the backend. The monetisation becomes the purpose. That’s troubling in the context of children, who don’t recognise the relationship between play money, and the real money linked to it.

Sonia Livingstone: There are concerns about the ways gaming is using gambling-like elements.

Chris Bateman: This is one of my concerns; it bleeds into ethics. Games seem to offer agency, but it’s a crafted space. I see no harm in digital sports, if they don’t supplant physical sports. There is a sense that more competitive buttons are being pressed. A contrast would be Minecraft. Minecraft is effectively multiplayer Lego. I’ve seen children who were building in Lego, then putting it into Minecraft. I’m not against free-to-play monetisation. But economic games don’t afford as much opportunity for creative play, because the economy becomes the game. The more that forces out diversity, the worse it is for children.

Kate Cowan:  Why does play get harnessed for educational use?

Chris Bateman: There’s power in play because it has capacity to create meaning around uncertainty, which makes it tempting for political or commercial co-option. That tends to stifle the thing that makes play worthwhile as a creative activity. It’s possible to use digital play as an educational tool. Whether the creative aspect survives is a different question.I don’t think it’s problematic to use digital play as one tool among many. But I would hate to see human experience narrowed.

Chris Bateman: This troubles me enormously. There could be a game that had a fantastic creative play experience, but if it didn’t monetise, nobody would discover it. Fortnite gets coverage because it’s got loads of players. But there might be things lurking that we want awareness of. Every time the landscape is narrowed, I worry. If there’s monoculture; something’s wrong.

Sonia Livingstone: What about regulation of space in the public interest?

Chris Bateman: Regulation is a tricky question, because the attempt to regulate in these spaces often has good ideals motivating it but doesn’t produce desirable outcomes.

Chris Bateman: Every definition you lay down acts as a prison that excludes what your definition didn’t allow. I want to be aware of all the possibilities. Children’s play is chaotic, anarchic and wonderous because the rules are so light at that age. Learning boundaries is part of growing up, but it’s better to learn boundaries and colour outside them. That primal chaos that goes with children’s play is amazing. It’s something we find hard to sustain in adulthood, which is why it’s interesting there are places that adults can claim back unboundedness.

Sonia Livingstone: What is this uncertainty and why is it important we create meaning?

Chris Bateman: Uncertainty is at the root of existence. We don’t have control over that. We have to deal with it.There’s something to be said to coming at it with play, and having the freedom to create within the space of uncertainty that you’re trying to operate in.

Sonia Livingstone: The question I want to lead to is transgression and antagonism?

Chris Bateman: Games and video games are not inherently competitive. The reason I got interested in diversity of play was because publishers were monomaniacally interested in violent competition. But there are loads of other play experiences for almost every aesthetic. And if there isn’t, there could be.

Dr Chris Bateman is a senior lecturer in Game Design at the University of Bolton, and was the first person in the world to attain a doctorate in the aesthetics of play and games. He is also the founder of International Hobo Ltd, a ground-breaking consultancy in narrative and game design skills, and counts, amongst his many published games, award-winning titles Discworld Noir, Ghost Master and The Persistence. 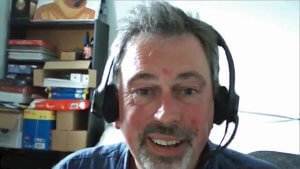