Home » The Digital Futures Commission Updates » Play » Free play in Minecraft: What does it look like?

Free play in Minecraft: What does it look like?

The Digital Futures Commission recently launched its Playful by Design: Free Play in a Digital World report. Alongside insights from children, the report provides case studies of popular online spaces and assesses the degree to which these sites may facilitate ‘free play’. The report highlights where opportunities for free play may occur online and what may be curtailing these opportunities.

My PhD research was similarly motivated, but more specifically I aimed to document what children actually do when they ‘play Minecraft’ and to relate this play to traditional categories of play types. Minecraft is an exceptionally popular digital playspace and tends to be positively appraised by adults. The Playful by Design report suggests that Minecraft ticks many boxes in facilitating free play. My research expands our understanding of how this plays out in the everyday leisure time of young players.

I recorded and analysed the Minecraft play of 6-8-year-olds in ten Melbourne families. This approach allowed for a granular view of the intricacies of digital play. As my earlier quantitative survey also found, children in this study spent most of their time playing Minecraft in Creative mode. In Creative mode, the player has access to all in-game resources without the need to gather them from the digital environment; characters cannot die and they can fly. There is no prescribed goal and no need to gather resources through ‘grinding.’

Parents associate Minecraft with creativity, building, planning, and problem solving. Play involving all of these was common throughout the recordings. Children built structures, made considered and in some cases well-rehearsed design choices, either returning to ‘works in progress’ or starting on something new.

Beyond these expected forms of play, however, children engaged in a diversity of play types that are often left out of adult accounts of Minecraft. For example, James (6) and his cousin Brad (8) constructed a sociodramatic narrative as they played ‘families’ in Minecraft. James, acting as the ‘Mum’, at one point declared that he’d had baby twins and voiced their ‘goo goo ga ga’s’ upon meeting their ‘Daddy’ who was busy constructing a movie theatre to which they had planned to invite family and friends.

Using a form of symbolic play, Brad and James devised a communication system with the in-game item ‘emeralds’ standing in as phones. The boys flickered between pretence and reality to orchestrate conventions around the use of these ‘phones’ so that despite sitting next to each other on the floor in physical space, characters could only converse after one player had made a phone ringing sound and the other had responded to it. Brad waved his arm between himself and James and said, ‘I can’t hear you’ when James attempted an in-character conversation without first ‘calling on the phone’. Similarly, other children spoke of playing ‘shops’ and using in-game items as currency.

In another example, Beth and her dad, playing together, sought about seeing who could ‘build the best cat sculpture’. These sculptures, though, were made of blocks of TNT and core to this experience was the joy of creating a dramatic explosion at the end of it. Throughout their sculpting, interspersed with creative musings about scale and form, Beth’s father initiated a conversation about the moral considerations of ‘blowing up (digital) cats’ and gave reassurances that this is not something they would ever consider doing in real life. Beth added mauve coloured glass to her sculpture, noting that this made it appear as though the cat was wearing ‘bohemian sunglasses’ and anticipating that the addition of glass would make the eventual explosion ‘more satisfying’. Beth’s pride in her creation and delight in venturing into morally dicey territory within the safety of a game played with her father were evident in her commentary.

Across all recordings, children co-constructed moments of play in tandem with software parameters and mechanics. In addition, children made use of parts of the digital environment where it aided current motivations. For example, in James and Brad’s sociodramatic play sequence, nightfall in the game world triggered progression in the narrative, signifying time to return home from ‘work.’ In other cases, players were adept at manipulating their digital environment in ways that served their own desires and overarching play goals by, for example, using the settings menu to create thunderstorms or to make it permanently daytime so that building could continue unencumbered by darkness.

Minecraft, I argue, functions as a site of free play – often, though not always, away from the immediate gaze of adults. However, it is a site of free play that is also a commercial entity. How profit-making is achieved in relation to digital playthings requires critical scrutiny. My study did not look specifically at this, though many of my participants spent time in the Minecraft ‘Marketplace’ where different characters and maps can be purchased using real money. While Minecraft itself does not contain advertising outside of this ‘marketplace’ area, we need to consider the entire Minecraft ecosystem, which includes externally hosted servers and a myriad of other websites.

Crucially, we also must consider what data is being collected as a by-product of children’s Minecraft play in all the forms and locations in which it takes place. For example, it is now necessary to have a Microsoft account to play all versions of Minecraft. This change was ostensibly about improving security and adding parental control features. However, it raises significant questions around what information is collected about children and their play practices and who has access to it, now and in the future. Research must continue to interrogate digital playspaces from a political economy perspective.

We also need to expand our knowledge of children’s experiences of commercial intrusions on the digital play. The Playful by Design report tells us many children would prefer not to see adverts in games because they find them annoying and that there is a concern about the design aimed at increasing time spent playing. But what do children do when they encounter commercial intrusions in their digital play? What sorts of conversations do people have around spending in games in their households? And how does advertising impact the flow and nature of play in digital spaces? This work will need to be sensitive to specific sites of play, to individual children’s levels of understanding and to the financial realities involved in creating and maintaining digital spaces that provide opportunities for free play.

Dr Jane Mavoa is an early career researcher based at The University of Melbourne. Her work takes a contextualised, mixed-methods approach to understanding children’s digital playworlds. She also works as a Research Assistant on a project about family use of technologies for tracking as well as on a project about Advancing digital inclusion in low income Australian families. 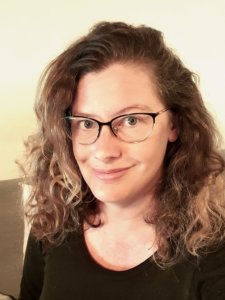